Rap mag is the biggest urban magazine in France & Booska P has the #1 Hip-Hop Website in France also. They were in New York City Yesterday to interview a few US artists and also to start a documentary on French artists working in the US.

Masar had a 30mns interview and spoke about how he started as a Graffiti Artist, then moved on as a DJ, MC, Music Engineer, Graphic Designer and last but not least, a Music Video Director.
The video interview, will be in the near future on www.booska-p.com. Keep an eye on Masar twitter, to see it first.
With 5 music videos airing simultaneously  in different countries this month, Masar is definitely on his international grind. Check out Masar’s previous interview on “Rap Mag.”
→ http://masartv.com/blog/masar-rapmag/ 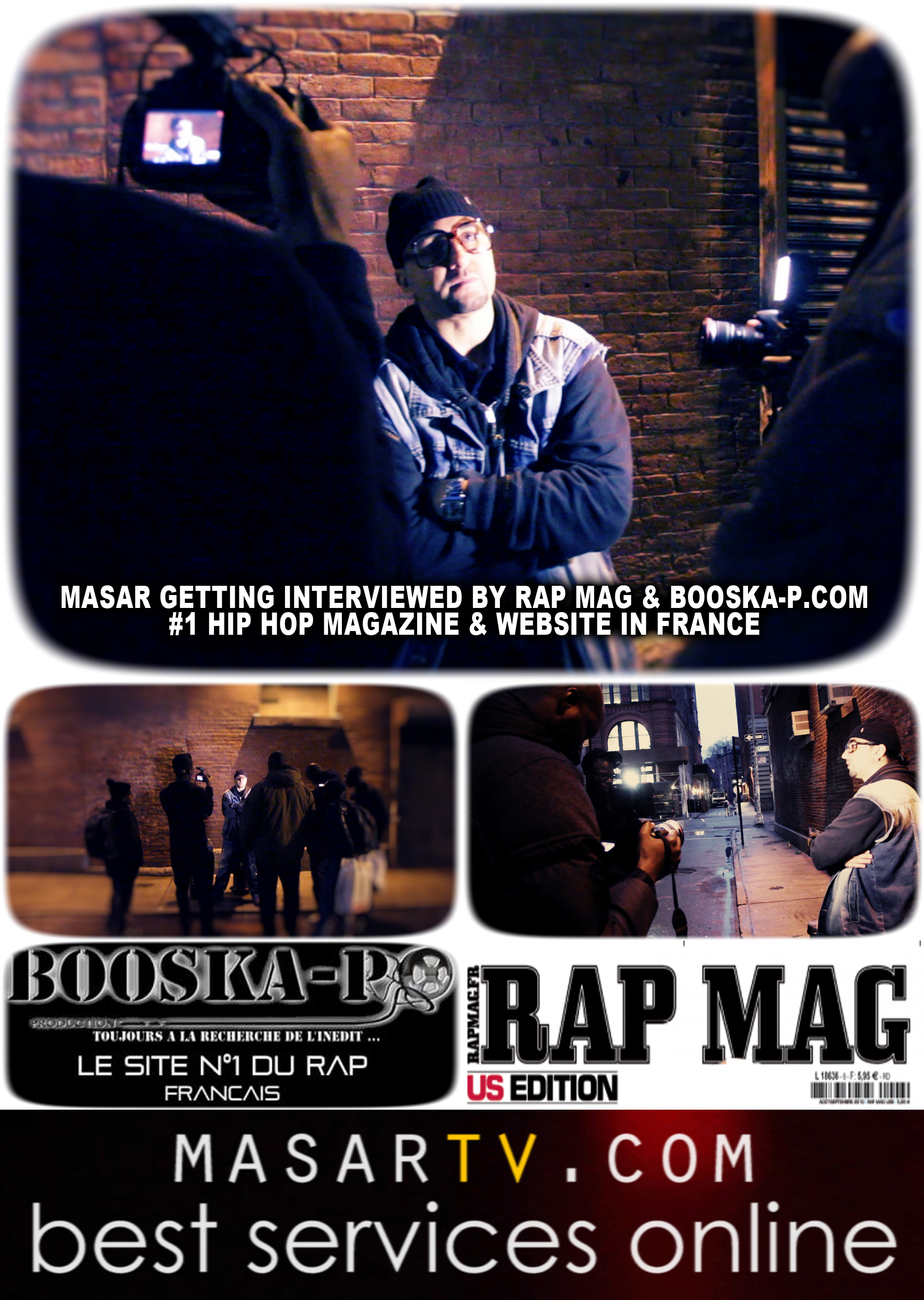 T. Thrillah “You Love Me” | Designed by Masar Tv
Randy Daprince “Best I Ever Had” | Directed by Masar