Rap Mag, one of the most prominent Hip Hop magazines in Europe, made an article on Masar’s accomplishments and achievements as a young French entrepreneur in the Big Apple. With their new revised format, the magazine looks better than ever. The first issue with Booba on the front cover just hit the store and is available in every book stores in the following countries: France, Belgium, Switzerland, Luxembourg, Greece, Polynesia, Caledonia and also in French overseas departments such as Martinique, Guadeloupe, Guyana, and the Reunion Island.

Originally from Nice, France, this artist has been living and working in NYC for a few years now. When we met Masar, we were overwhelmed by his multi-talent, he’s a graphic designer, engineer, video director, beatmaker, Dj, manager, booker, promoter, rapper… whoa!

Masar is a workaholic. His last music video, “Beef at your mother’s house” with JR Writer, 40 cal & Ransom, describes perfectly his activity. This video has been entirely produced, recorded, mixed, mastered, directed & edited by him, and he also designed the cd cover.

Masar has first started as a DJ in the early 90’s. Then he moved on as a Rapper in 95 and has been signed by IAM (one of the biggest Rap groups in France). He did a few verses on different artists’ projects, been on tour, dropped a few mixtapes and then, released his first album “Nouvelle ere” which means new era in French.

Rapidly he started to realize that there’s no opportunity for him as a Rapper in France. So he began making instrumentals. When his beats were on point, he started working with different US artists. He then, later on, dropped his second album called “International Connections.” 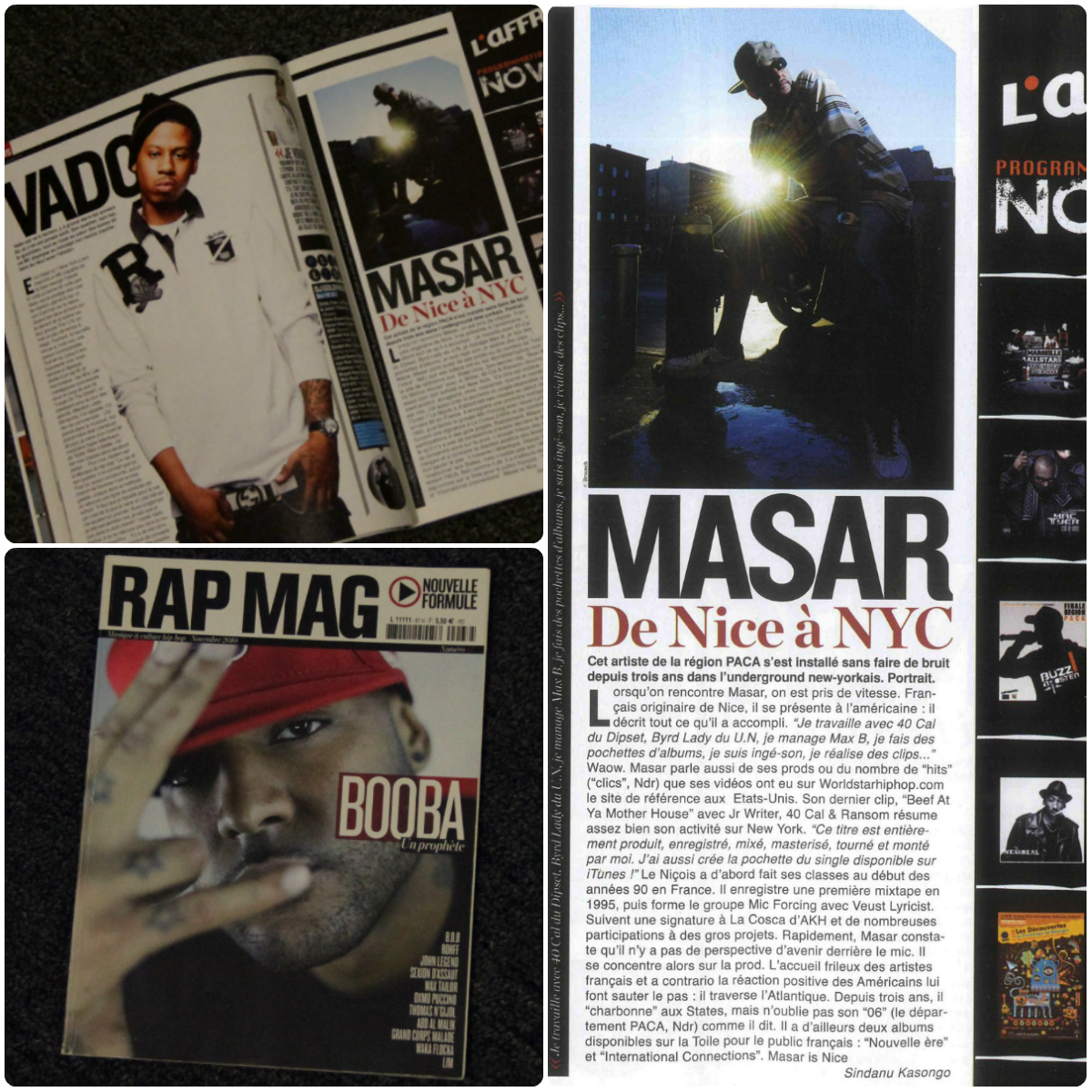