By far the most anticipated track on French Montana’s new album Jungle Rules, “A Lie” featuring The Weeknd & Max B has big expectations to live up to. The song has been produced by Harry Fraud & Masar Tv  which is the same combo of producers that was behind the smash hit “Paid for” by French Montana, Max B & Chinx Drugz.

Masar is a mixing engineer and music producer from New York City. Although he worked on different projects with different celebrities such as The Weeknd, French Montana, Wu Tang Clan, or the regretted Sean Price and Chinx Drugz, he is mostly known for being Max B personal assistant and mix engineer.

Masar started his career as a DJ in 1994 and naturally started producing and mixing his own records. In 2007 he moved to Harlem, USA where he met Max B. 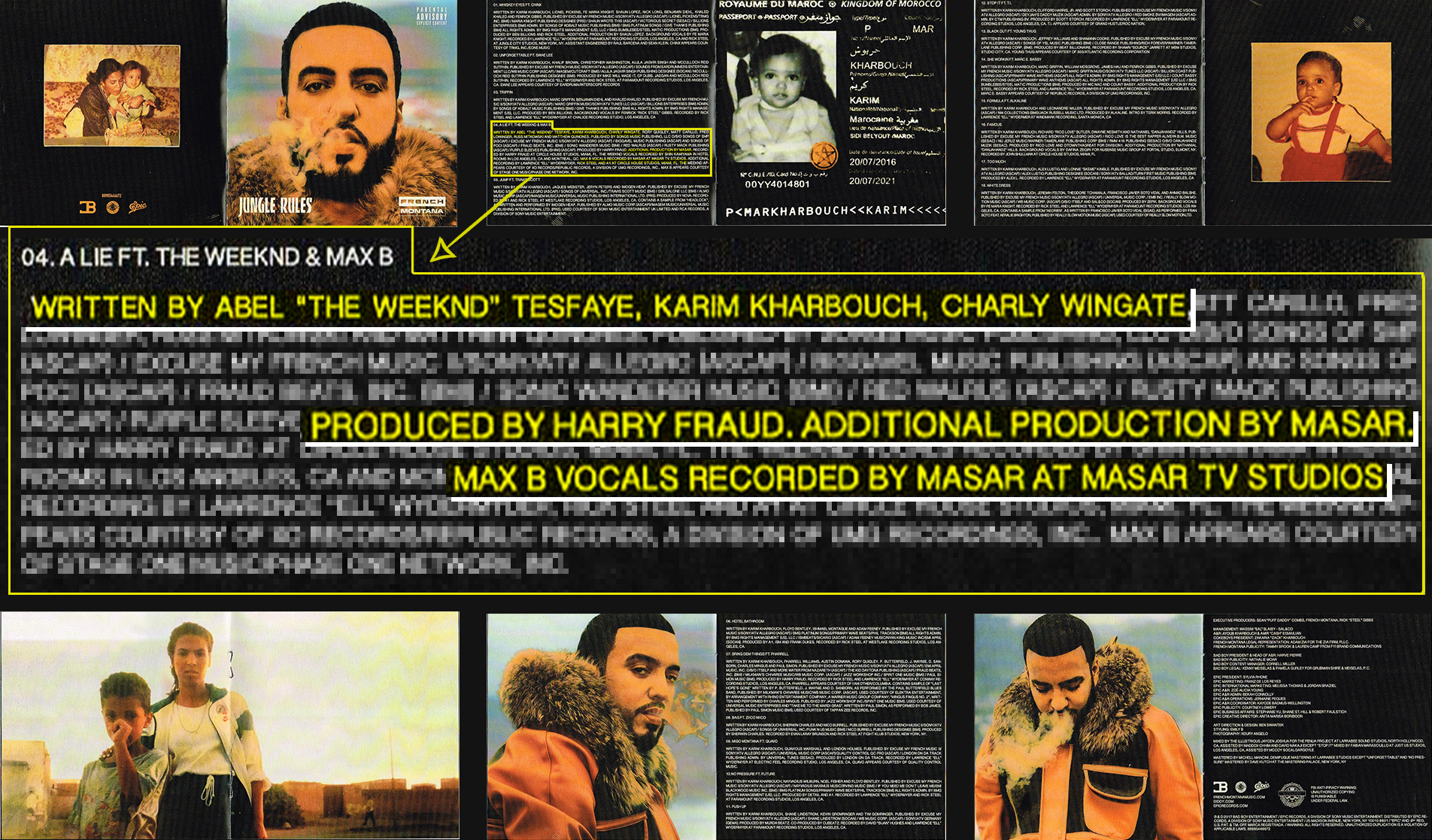 Proud to be a part of my bro French Montana’s new album ‘Jungle Rules’ and so grateful to have my name mentioned next to certified producers and artists such as @diddy, @pharrell, @TheWeeknd, @BenBillions, and @Rick Steel just to name a few. Thanks to my brother @MaxB140 for believing in me since day one and my guy @Harry Fraud for acknowledging my contribution to this great body of work. #teamwork 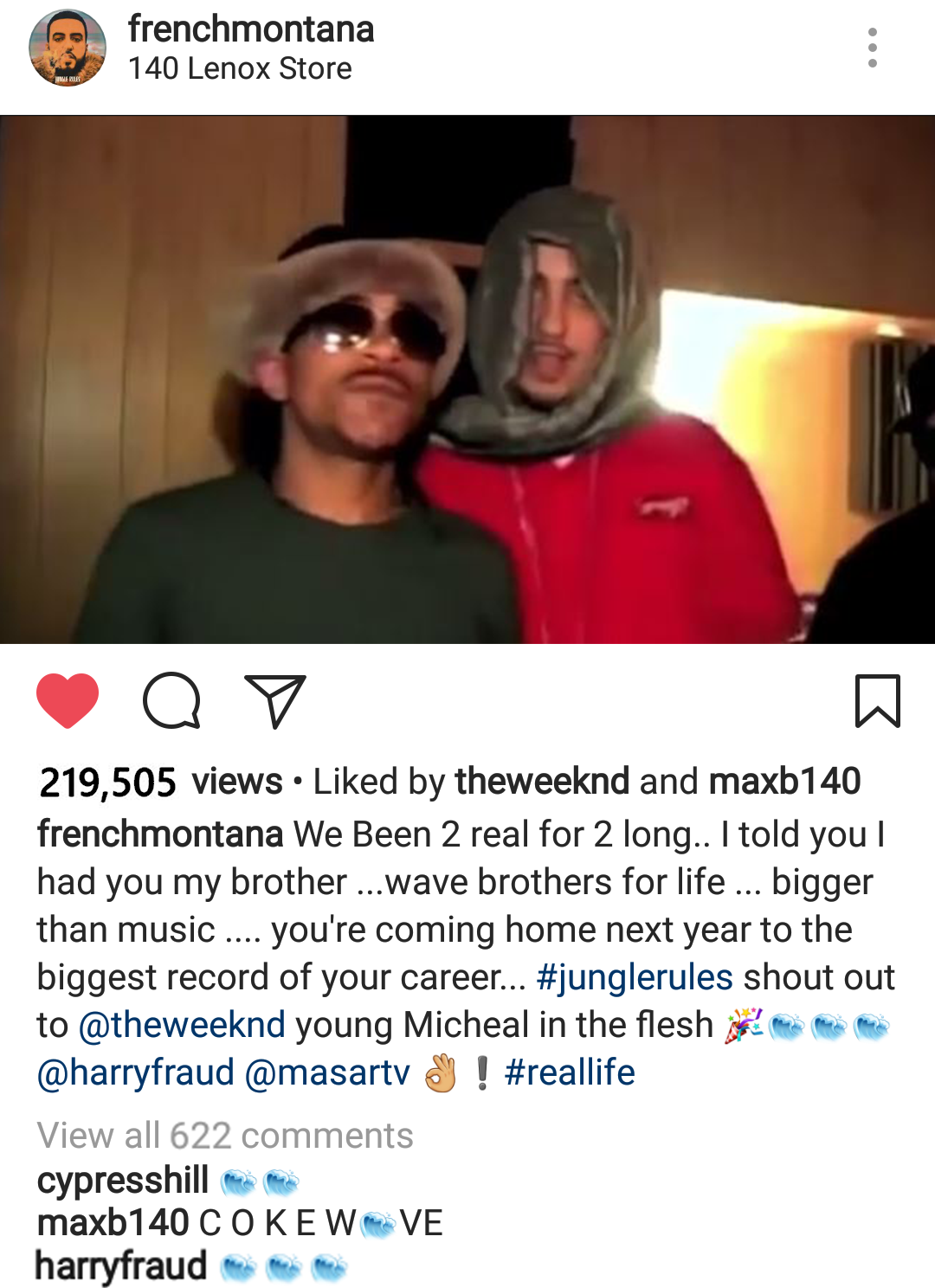 We Been 2 real for 2 long.. I told you I had you my brother …wave brothers for life … bigger than music …. you’re coming home next year to the biggest record of your career… #junglerules shout out to @theweeknd young Micheal in the flesh 🎉🌊🌊🌊 @harryfraud @masartv 👌❗️#reallife 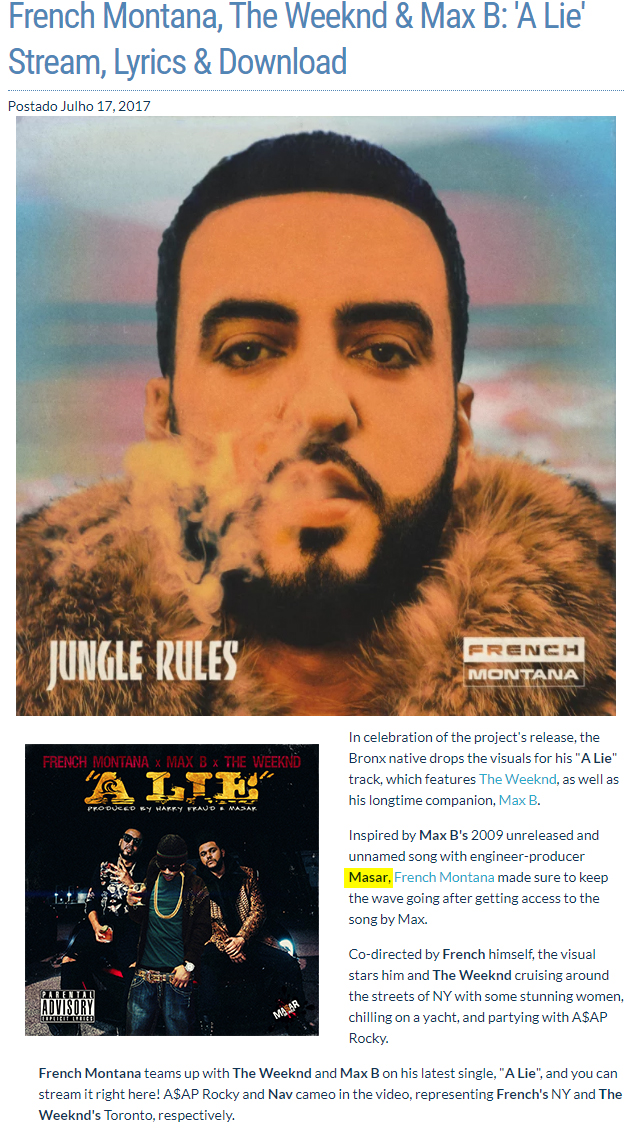